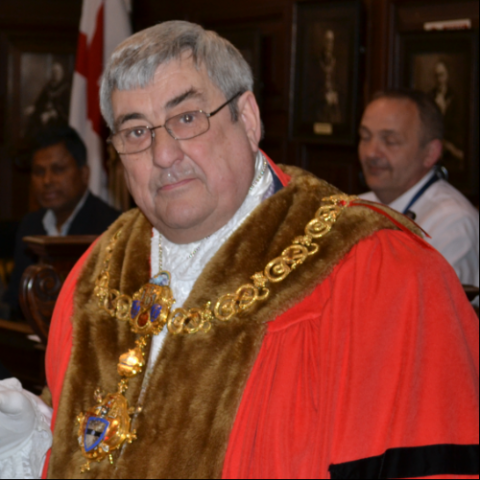 I was born in Bingley in 1948 and moved to Keighley in 1953. I married Patricia in 1970 and I have lived in Oakworth since 1974. I was a pupil at the former technical school in Strawberry Street. On leaving in 1964 I joined the borough of Keighley’s Direct Works Department as an apprentice plumber after which I was self employed until the building trade went through a bad period and, needing a steady income in 1976, I joined the Police Force.
I was a sergeant and, amongst other things during my service, was in charge of the Western area Tactical Firearms Team, the Bradford Bomb Search Team, the Toller Lane Pro-Active Unit and the Bradford Vice Squad after which I came to Keighley where I was the Station Sergeant. I then worked in the Forward Planning Unit before retirement in 2003.
Sadly my wife became ill and I became a widower in 2010. I have two children and three grandchildren of whom I am extremely proud. Both girls are at Skipton Girl’s High School and Matthew is at Lady Lane Park School in Bingley.