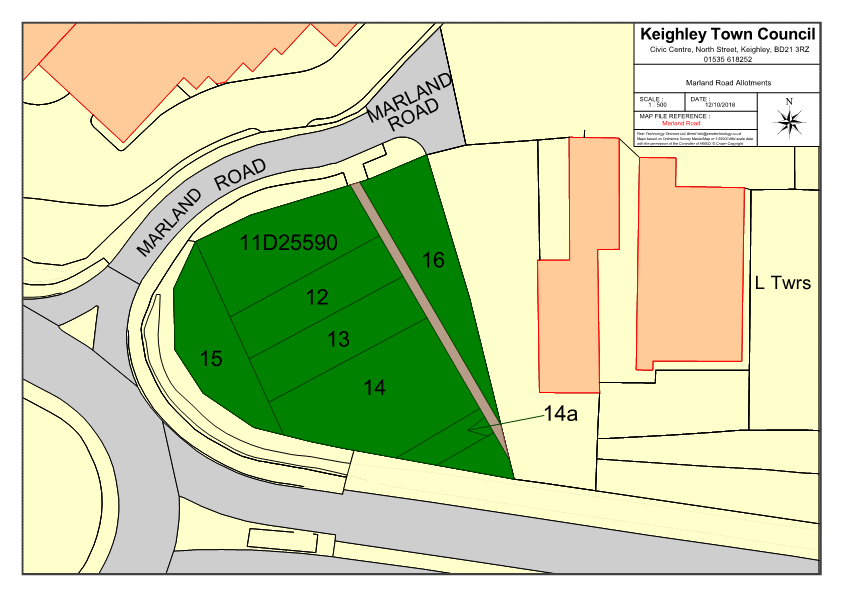 Old site in two parts. Was part of the rugby pitch in 1953 and was turned into allotments in 1987. The first group that took on plots were into creating “hot bedding” which is the process of piling plenty of compost and manure to create heat from the bacteria breaking the compost/manure down. This in turn meant they could grow crops earlier than most people and grow better crops.

It has been said that they were the first group to invent this process.

Two of the plots on Marland Road were turned into gardens from bramble and weed infested ground. To date they have won awards for there garden.