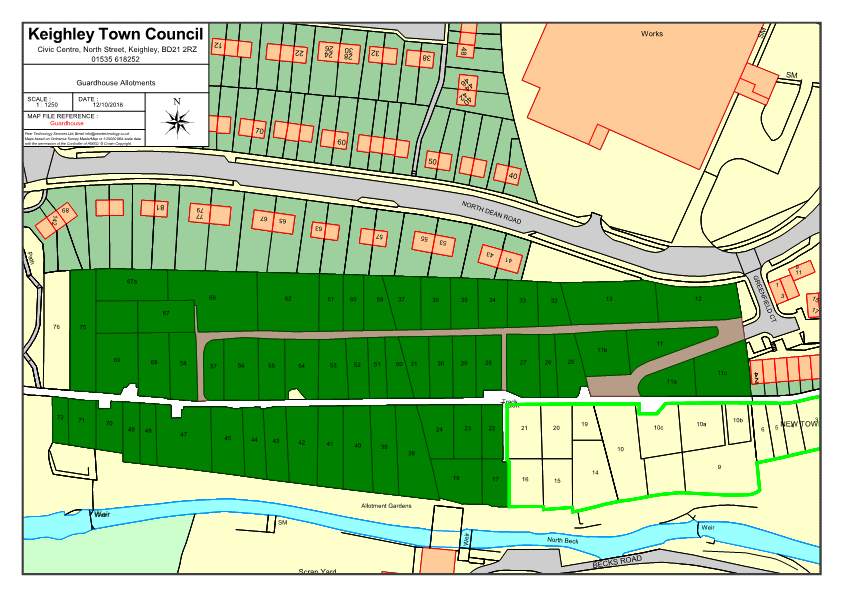 The biggest site in Keighley.

Since 1914 there have been allotments on this site. They may have been privately owned as the land was originally bought in 1967 by Keighley Borough Corporation.

It had over 150 plots and was well used for the keeping of pigs, horses, goats, Geese, ducks and hens, some of the plots have been turned into a woodland area for the residents to wander through.

There is a variety of wildlife such as deer, foxes, pheasant, rabbits, rodents and lots of bats. The North beck just below the allotments has a variety of insects such as Dragonflies, Damselflies and other insects with a few small brown trout and bullheads. I have seen king fishers on rare occasions.

There are plans to plant lots more trees in the lower end of the allotments this will include some fruit trees.

There are people that have done surveys in the past so the information may still be available on the websites.