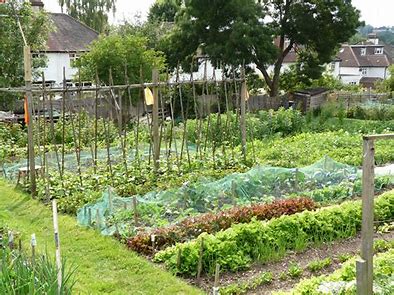 KTC has thirteen allotment sites under its control which all fall under the remit of the Allotments & Landscapes Committee. Additionally, the committee also has responsibility for: Damems Nature Trail, Oakworth Sensory Garden and Town Hall Square.

The allotments were in dire need of investment when KTC took control of them in 2005. Over the past decade, an investment program has brought the majority of the sites up to a good standard.

Many sites have had new security fencing; others have had path and water improvements. Some sites have also had additional plots created. We are aware there are still some outstanding issues to be attended to on some allotments sites and these matters are being dealt with on an ongoing basis.

We are very proud of our relatively short waiting lists in Keighley for an allotment. There are less than one hundred people waiting collectively across the town for a plot. This is less than half of what the list was at its peak. It is also considerably shorter than many comparative lists in other areas of the country. However, we can’t rest on our laurels and we are constantly striving to further reduce the waiting times.